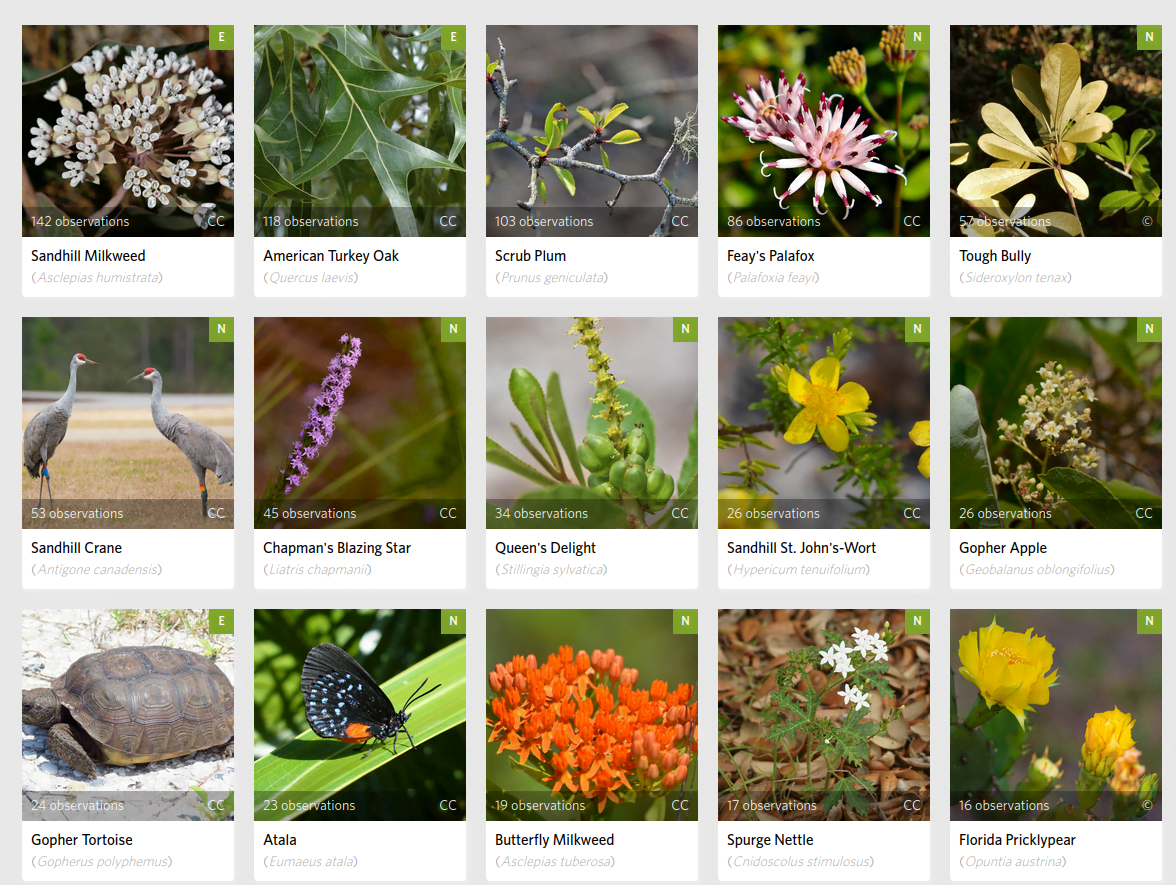 In effort to help bring awareness to the native ecology of Florida’s Lake Wales Ridge, and more specifically the ecology required for the Monarch Butterfly, Johnny Butterflyseed has topped multiple iNaturalist.org leaderboards!

iNaturalist is a social media platform which allows users to share natural “observations” and get help from other users to “identify” unknown species. This helps biologists with mapping data on selected species, and helps regular users with identification of things they see around them.

Nowhere is this more important than on the Lake Wales Ridge. With so many endemic species that are found nowhere else on Earth, identification becomes very difficult, and specialized to our region.

Johnny Butterflyseed is the global lead in observations on many of the Lake Wales Ridge’s most interesting species:

The most important of this list is the Scrub Plum (Prunus geniculata).

One of few fruiting shrubs endemic to and endangered in the Lake Wales Ridge, Scrub Plums are gorgeous shrubs which provide beautiful blooms in early spring. And it turns out Monarch Butterflies will drink the nectar from these flowers, and may possibly help pollinate Scrub Plum.

The value of these observations is immeasurable. Johnny Butterflyseed has provided the users of iNaturalist with 103 “Research Grade” Scrub Plum observations. The second place user has uploaded only four.

Further, Johnny has found and uploaded the first and only Scrub Plum Seedling observation on iNaturalist. The difficulty of finding a Scrub Plum seedling is hard to comprehend, but sensitivity to nature and willingness to search the wild are really all that is required to find one. The sad reality of iNaturalist is that sitting at home on a cell phone or computer will never produce an endangered seedling in the wild.

Johnny has also undertaken Scrub Plum seed germination trials, and has already had a successful outplanting of Scrub Plum onto private land on the Lake Wales Ridge. Many more are expected.

A truly unique and rare flowering legume from the Lake Wales Ridge, the Sweet-Scented Pigeonwing (Clitoria fragrans) is one of Johnny Butterflyseed’s favorite endangered endemics to Florida.

Clitoria fragrans is so rare, that few people even find one to observe, let alone have the skills to identify.

Out of a total 124 observations of Sweet-Scented Pigeonwing, Johnny has posted 77.

Apparently Sweet-Scented Pigeonwing are very difficult for users to identify from a photograph, therefore many are left unverified in iNaturalist. This is mostly because users only want to identify those observations that are flowering at that moment. Unfortunately, Clitoria fragrans spend a lot of their time both very small, and also without flowers.

Johnny has done his part to help iNaturalist by posting strong observations, and spending lots of time helping others through identifications of the same.

For many of the species for which Johnny is observational leader, he also tops the list in identifications as well. This is part of the discipline required for iNaturalist “power users”. Take, for example, the American Turkey Oak.

Out of the 1871 observations globally, Johnny has added 182 of those. That’s around 10% of the total, and is enough to be observational leader. He also has 400 identifications of American Turkey Oak, which puts him as Identification Leader in iNaturalist as well.

Johnny has plans to continue to identify each and every Monarch observation on iNaturalist, which is around 170,000. He also plans to go back through every observation and update with lifecycle stage, sex, and any other details that might help people learn, find, and support the Monarch Butterfly.

It’s not a business, it’s a mission!

The Adventures of Johnny Butterflyseed

The best thing all of us can do is to learn about and actively support our native ecology. iNaturalist.org is simply a tool to help with this, and cannot do it for us.

It is up to each person to make a difference by planting the species needed, and removing the species that don’t belong, to attract and support their preferred wildlife. To this end, Johnny is helping by teaching everyone, especially children, that planting Milkweed is required to save Monarch Butterflies. 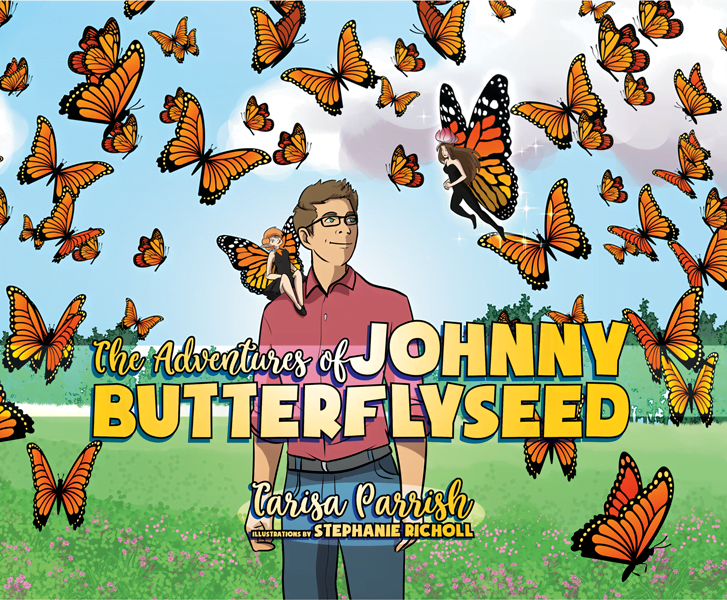 Johnny Butterflyseed and his fairy friend, Raven Silverwing, embark on a mission to save the rapidly disappearing butterflies. They enlist the help of Queen Venus Goldwing and her kingdom of monarchs to educate and inspire kids to become butterfly farmers. At first, Johnny faces his own internal struggle with self-doubt and fear in his ability to make a difference, but then soon develops a mindset that allows him to not only get started, but also make progress one day at a time. Through challenge after challenge, Johnny learns that he is not alone in his mission and that there are many people who want to help. Together, Johnny, Raven, and Queen Venus educate thousands of children on becoming butterfly farmers.