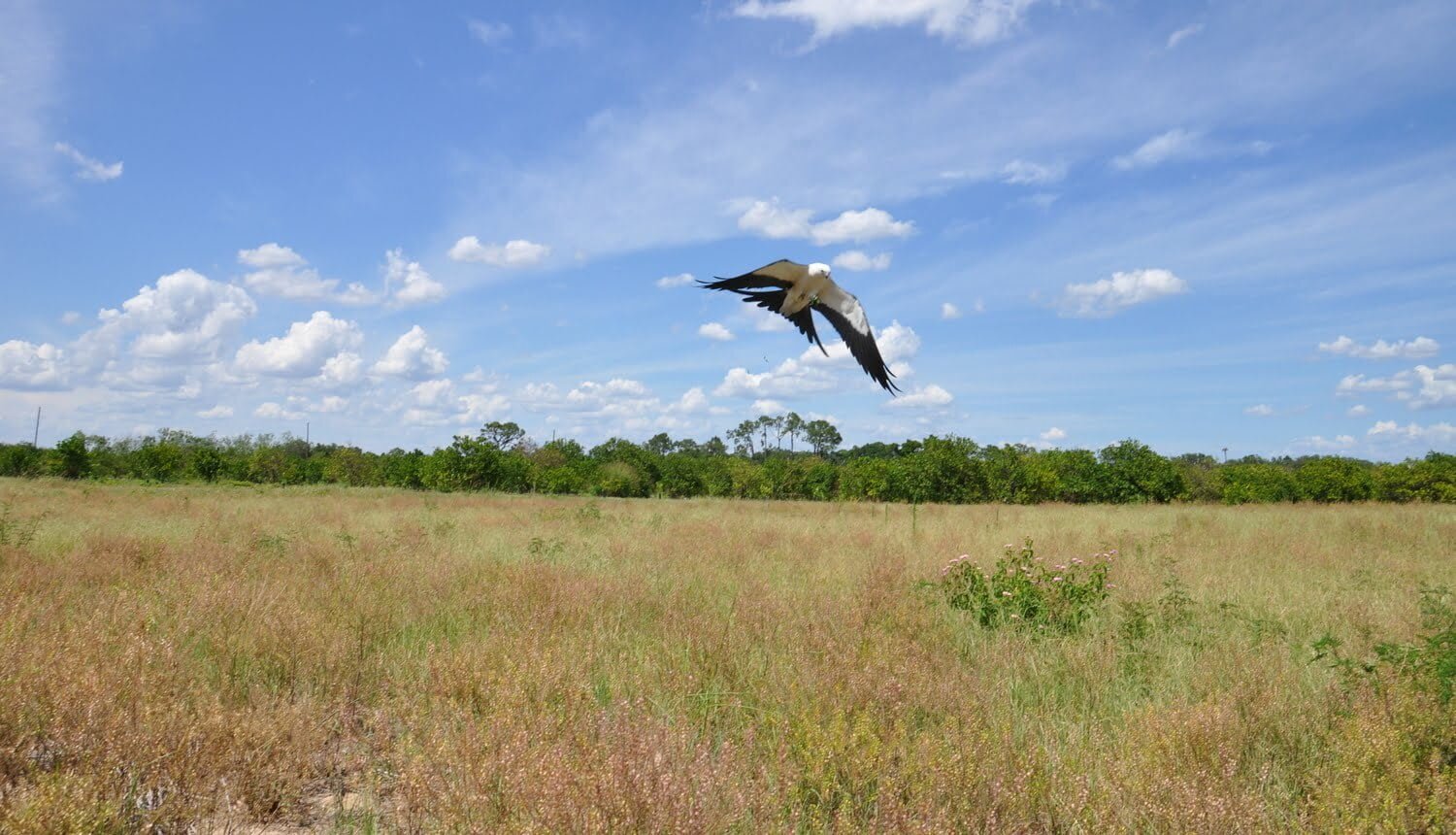 Swallow-tailed Kites (Elanoides forficatus) are a migratory raptor who split their time between the southeastern US, and South America. They migrate to the Central Florida are by passing over (or sometimes around) the Gulf of Mexico.

In the past, Johnny has been lucky enough to observe a large flock of Swallow-tailed Kites arrive to Florida at Old Tampa Bay (Rocky Point) during a steady, 45MPH tropical depression. They just tucked in their wings, and pressed into the wind.

He has also previously observed them soaring majestically over the pine trees, in search of food. He always assumed it was mice or large bugs like grasshoppers or locust. But Johnny had never seen one actually eating.

As raptors, Swallow-tailed Kites are well known carnivores and insectivores:

“The kites eat all kinds of insects and small animals, including frogs, anoles and snakes.”

He discovered this when he was taking photos of a pair who were working the grassy knoll of an ancient sandhill. As he took photos, the kites had no problem flying directly overhead. They even seemed to observe Johnny right back; apparently while munching on the Swallow-tailed Kite’s version of popcorn.

While in the field, Johnny figured this kite was eating a locust or large grasshopper. Its hard to tell through the viewfinder…

..but on closer inspection, the kite clearly does not have a bug. Its a plant!

Johnny definitely intends to identify this plant, so he can plant more of it, and attract more Swallow-tailed Kites!

This shows that the Truth (and the Swallow-tailed Kite) persists in the face of our beliefs, and that there is always more for us to observe and learn .. one day at a time!